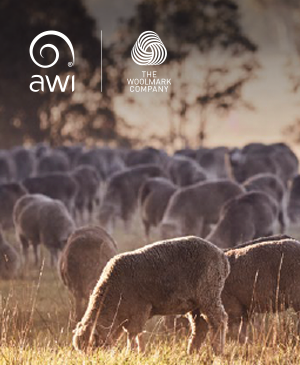 The European Union (EU) is putting policies in place to introduce EU environmental labelling on consumer products, including apparel products, possibly as soon as 2023. This is being done in an effort to guide consumers towards choosing the most sustainable products.

Although the wool industry supports the intent behind the EU initiative, known as the Product Environmental Footprinting (PEF) project, the industry faces a major problem because the initiative in its current form will, counterintuitively, score wool and other natural fibre products poorly.

"Wool is natural, renewable and biodegradable and therefore should be well placed to take advantage of the increasing consumer demand for more earth-friendly products. But if the EU continues with the current PEF methodologies, products made from wool and other natural fibres are at significant risk of being rated by the EU poorly compared to synthetics," warned AWI CEO Stuart McCullough.

"This would result in a decline in demand for wool products in the EU because brands and consumers will look for alternative fibre options that have more positive ratings."

This is especially important for the Australian wool industry because the EU currently consumes about a quarter of all Australian wool. Furthermore, due to the EU being the driving force of environmental footprinting. It is anticipated that the PEF project will become the most influential market-facing reporting system for environmental credentials, with other markets across the world potentially adopting similar initiatives in their jurisdictions.

Discussion regarding the proposed PEF methodologies is ongoing. but it is expected that legislation will be put to the European Parliament to vote on by the end of 2021. Labelling of textiles using the PEF methodology is anticipated to roll out in 2023.

What are the flaws in the current PEF methodology?

Whilst the EU's PEF project has positive intent. the methodology remains immature and doesn't yet provide the full picture of a textile product's sustainability.

PEF is built on lifecycle assessment (LCA) methodology which focuses on measuring the harmful impacts of a product but makes no attempt to account for positive impacts.

"Consequently. the facts that wool is renewable and can be grown again each year, and that at the end of its life wool is fully biodegradable, releasing its nutrients back to the soil for use again, are not scored positively by the EU." Stuart said.

"In addition to ignoring the positives of natural fibres. PEF methodology currently overlooks some of the key negatives of synthetics -for example. it fails to account for the negative impacts of microplastics."

Furthermore, there are major inconsistencies between the PEF and the EU's other key environmental initiatives such as its Circular Economy Action Plan (CEAP). The European Commission rightly sees product circularity as a solution to wasteful processes like fast fashion. but PEF methodology has not been updated to reward the inherently circular attributes of natural fibres, including renewability and biodegradability.

"PEF labelling arising from the current process is not reliable and will therefore severely inhibit the laudable intent of the EU's own CEAP. By following its current path, the EU risks not achieving its objective of a climate neutral. circular EU economy by 2050," Stuart said.

What is AWI doing to improve wool's PEF rating?

AWI has been actively participating in the PEF process, advocating for robust science to underpin the PEF's rating methods.

"It is important to secure a level­playing field for wool by ensuring PEF textile rules and methodologies encompass all the environmental credentials of natural fibres and allow consumers to make a fair and informed choice," Stuart said.

"On behalf of Australian woolgrowers, AWI is working with the International Wool Textile Organisation (IWTO) to raise awareness of concerns with the PEF methodology and influence EU policy and decision-makers to defer the use of the PEF methodology on apparel labelling until its limitations have been addressed."

To amplify its campaigning, a coalition of like-minded partners from global natural fibre organisations, NGOs and others have joined forces to influence EU policymakers about the need to improve PEF methodology and to influence policy and legislative development.

Stuart said AWI is engaging with the European Commission at the highest levels and is providing the scientific evidence to address the PEF methodological limitations.

"Our initial meetings with European Commission officials have been constructive, and a solutions-focused review of the PEF has been provided by AWI as follow up," Stuart added.

BACK TO NEWS & EVENTS